Motivation
The automaton is a mechanical device against which players have to compete in addition to any competition between players. In fact, it introduces the concept of "cycles" (see below), where each time that a player loses the initiative, a number of initiatives are triggered. It is easy to tune the challenge rating of a game for a player by changing the nature or likelihood of the initiatives built into the automaton.

Procedures
Setting up the Automaton
Each actor is associated to a cycle. Cycles can be shared if more than one actor are acting under the same kind of constraints. For each cycle, a set of initiative is prepared. All of these initiative are listed in no particular order, and are worded such that the outcome is against the interests of the actor(s). More than one cycle can be setup: the umpire decides which cycle(s) are triggered if there are more than one to chose from for a given actor.
Executing the automaton
The automaton executes all initiatives in a cycle simultaneously. This means that the outcome of one of the cycle's initiative doesn't have an effect on the other even if each initiative has to be resolved in a sequence. The state of the actor is then updated and the conch passed to whoever should own it as per the original rules.
Creating cycles
Let's use a game setting where a medieval army is raiding the country side (which is what Chevauchée will be all about). There can be a weekly cycle for the travelling army that goes like this:
This means that food, fodder and ammunition have a base target number of 10 to become low. Attrition becomes significant only on a base number of 6. Of course, the player's actions and the current state of the actor can be used as PROCON. For example: low food stocks is a significant factor in promoting desertion.  Travelling through a large city increase the exposure to the plague, etc.

Strategic notes
An automaton is essentially a dedicated opponent to a given actor/faction. It acts as a player that is systematically aggressive such that staying "alive" is a challenge and only the very skilled players will have the leisure to go after other players. The automaton should be tweaked such that a player ignoring key factors of a simulation will not survive. It also acts as a way to shape a game by setting objectives that cannot be ignored. To follow up on the previous example: not only the Black Prince needs to undermine the support for the King of France in Poitou, but he must at the same time maintain his troop fed and in supply, and compensate for the unavoidable attrition of a campaign.
Posted by bongotastic at 1:40 PM 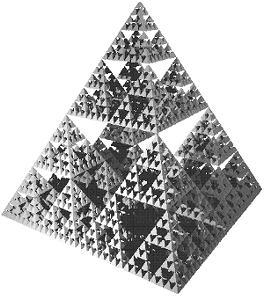